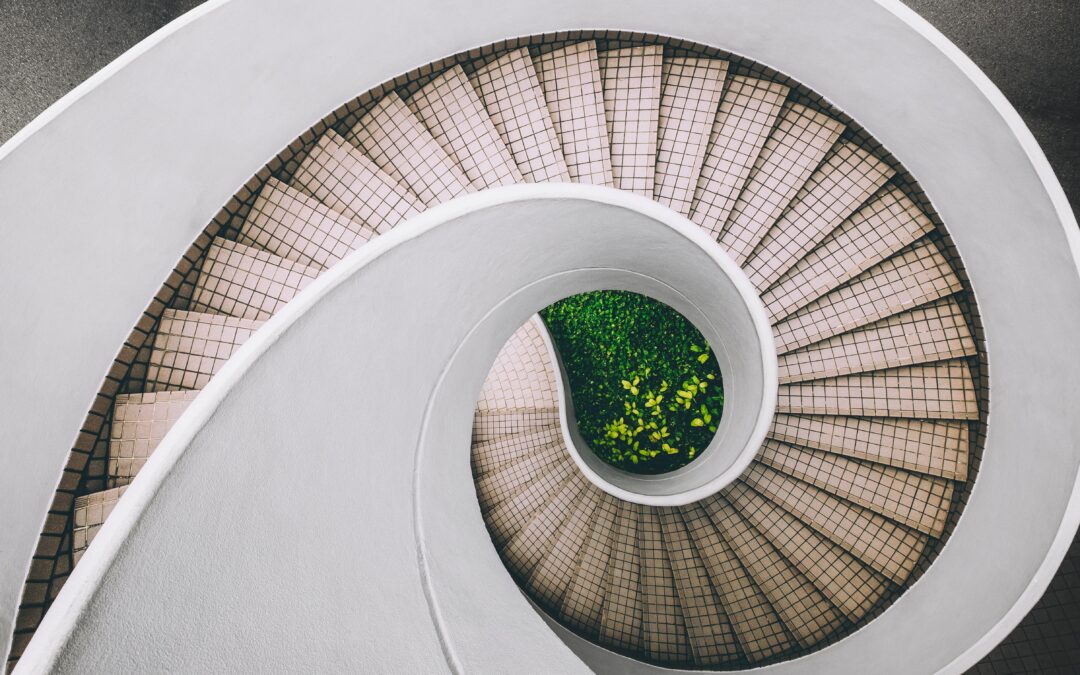 I was recently coaching an executive in her first 2 weeks in a new company who was feeling overwhelmed at the outset of her first 90 days, like she was “swimming in the deep end”.  She wanted to fast forward and feel more confident and in her comfort zone again.  She told me she couldn’t wait until she understood all the new ‘alphabet soup’ acronyms and could check off more accomplishments from her list.

Getting Comfortable with Uncomfortable

I often coach high achievers on how to effectively begin again in their first 90 days in new roles and/or new companies, as it’s a critical to build a strong foundation for success. While high performers tend to be excited for new possibilities, they also yearn to feel on top of their game again. They pride themselves on what they accomplish, so they’re disappointed they can’t point to more tangible results.  They are used to feeling more confident, so they’re frustrated at having so much they now don’t know.  They feel uncomfortable and anxious, so they want to fast forward to a time when they’ll be comfortable again. 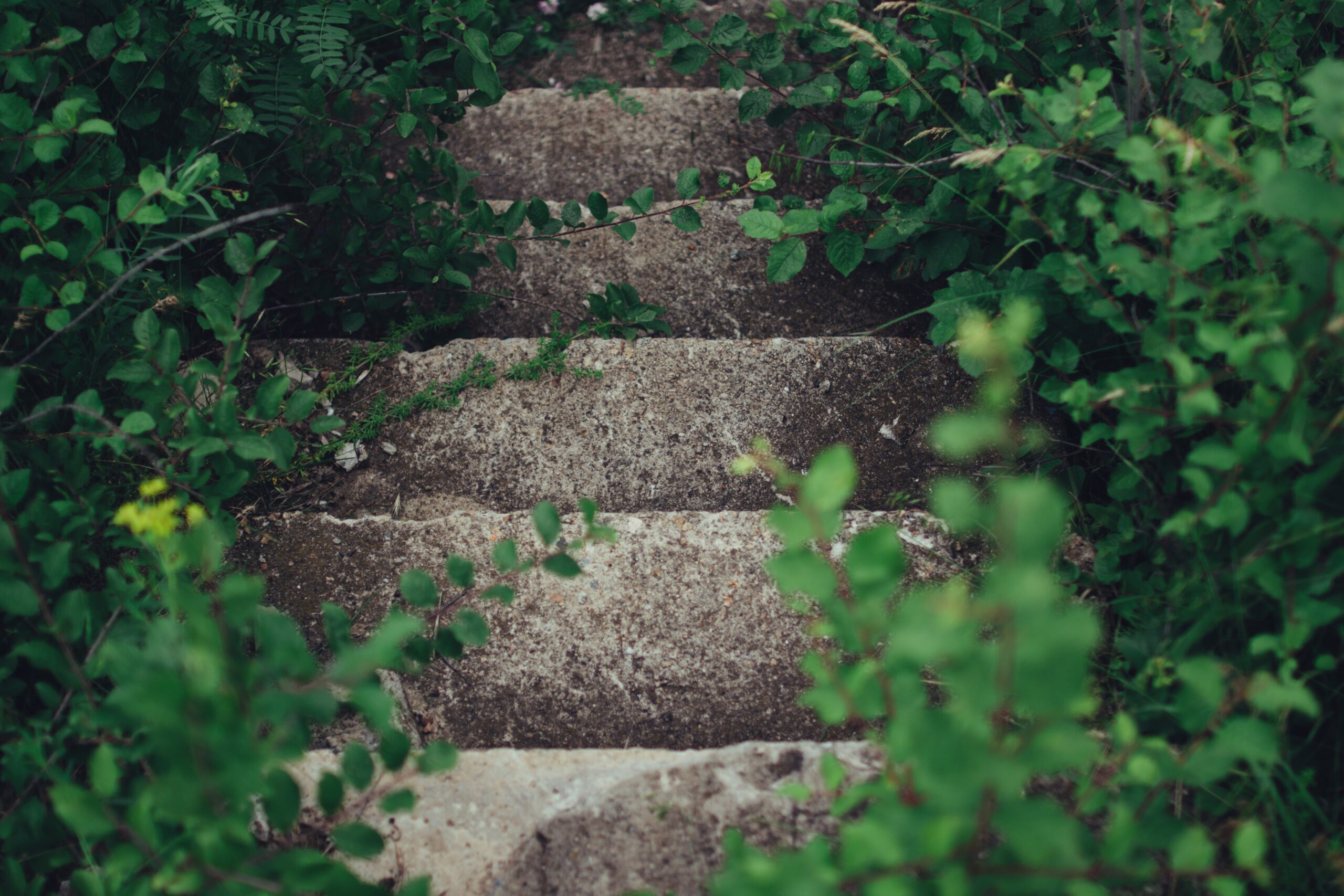 While my client’s initial discomfort in her new role was completely understandable, I asked her, “What is the gift of being where you are right now?”  When she thought about it, she realized that she had a fresh, objective perspective that could lead to improvements and new possibilities.  In fact, once she no longer feels like an outsider, she will lose much of this beginner’s mindset advantage, which is one of the key reasons we pay big money for outside consultants!

Even if you are not starting over at a new company right now, your ability to ‘Begin Again’ in each moment is critical for ongoing resilience and innovation. In my mindfulness and resilience workshops, I share the #1 factor for resilience that Dr. Martin Seligman uncovered in his research: optimism.  This optimistic mindset – the ability to reframe any situation with positivity vs. negativity – is what differentiates those who persevere from those who don’t.  Even without big adversity, we are always judging situations as success or failure, but each moment is a temporary snapshot in time that feeds into a bigger picture.  Just as innovative companies use Design thinking to “fail fast” and fall forward, we can too as individuals and leaders, which feeds our continued momentum.

Change is tough, no matter what it is.  It’s easy for us to judge situations as ‘bad’ when we’re uncomfortable or facing an outcome we don’t want; and judge them as ‘good’ when we’re comfortable and things are moving along as expected.  My father got a new puppy during Covid and judged his messes in the house as ‘bad’, even though this behavior is perfectly normal for an untrained dog.  When you begin to lift weights, you feel uncomfortable while your muscles are getting stronger.  Similarly, as you’re transitioning through new situations at work and beyond, you will naturally feel uncomfortable as you’re adding the weight of new skills, information and relationships.  Feeling uncomfortable isn’t necessarily bad.  When we get comfortable with being uncomfortable, and learn to reframe our situation with positivity, we can really ramp up our growth trajectory.

In 2011, my friend Randy was making a big career transition and experienced an epic, public failure.  What he did next to begin again made all the difference.

Randy was an architect who found himself newly unemployed for the first time in 25 years and aspired to reinvent himself as a speaker and eventually an author, following his career disruption. He secured a huge speaking opportunity for his industry at the annual Knowledge Management Conference and knew he could make the kind of impression and connections to launch him on his new trajectory as a thought leader. To differentiate himself, he decided to not only painstakingly craft his keynote, but to deliver it ‘Ted Talk’ style so he could deliver it  perfectly, word for word, without notes or slides.

For five months he painstakingly prepared.  He got the content just right. He memorized each word by going on long walks and practicing it to perfection.  He visualized how successful he’d feel when he walked off that stage following his perfect performance. As the day loomed closer, Randy felt confident that he was going to “hit the ball out of the park.”

Finally, the day of the big conference in San Francisco arrived. Randy walked out on the stage to an audience of 350 people with an intention to dazzle them. But that isn’t what happened by a long shot…

Randy couldn’t remember a single word of his presentation. With all eyes on him, and a cameraman videoing the entire debacle, he fumbled around searching for notes on his phone. After several awkward minutes, he simply walked off the stage, never uttering a word.  Despite months of preparation, practice, perseverance and his passion to be perfect, he had epically failed.

After Randy’s keynote, the next item on the agenda was a panel discussion where the five preceding speakers would return to stage and participate in a discussion. To everyone’s shock and surprise, minutes after Randy exited the stage in silence, he returned to participate in the panel. And Randy said, “This time, I knocked it out of the park!”

Afterwards, the event organizer took Randy aside and said, “Holy cow. You just blew up on stage and then you’re able to perform like that. I would have gone into hiding!”

Despite Randy not delivering on his keynote, he was able to take action and begin again quickly.  He accepted what happened, showed up for the panel discussion and conversed brilliantly.  And by taking action rapidly, he transformed a nightmare into a dream.

The 350 person audience saw not a broken man but a brave one.  Randy was a living testament to Nelson Mandela’s quote: “I learned that courage was not the absence of fear, but the triumph over it.”Randy shined with brilliant ideas, bouncing back from his recent stage fright.  He inspired the audience and created real magic for years to come.  Randy said, “what’s remarkable is that all these people who I didn’t know in the audience would go on and be so helpful to me in my life.  I experienced 26 or more incredible things from people in the room.”

Randy is now a prolific author who speaks around the globe and teaches as a professor at University of Illinois. He has gone on to collaborate with many members of that K Connect audience, including a professor from Harvard and another audience member who buys all Randy’s books for clients gifts, after she sends them to Randy to autograph each one.

“I learned that courage was not the absence of fear, but the triumph over it.” – Nelson Mandela

As an Executive Coach, I’ve needed to embrace this concept of “Begin Again” in all client interactions.  I never know how a coaching session will unfold, but I know that my role is to ask empowering questions that elevate my client’s awareness and help them reach their outcomes for our session.  If I ask a question that doesn’t seem to resonate, I can judge it as failure; however, it’s eminently more useful to simply move on and begin again, asking a different question that could break through. Sometimes a client has another issue to explore that is more important than the one we initially defined, and the ability to be present to what is happening now is critical, so we can adapt and move forward at the right time.

For me, it’s been imperative that I redefine what success looks and feels like. Success is not about one moment.  It’s about creating a safe space for my clients to learn, explore and achieve what they are ready to achieve in each session.  My role is to help them continually begin again so we make progress towards their big ultimate goals.  Progress is not necessarily linear, as they may need to explore what’s blocking them in one session, so we can move ahead in another. Some clients may not be used to feeling their emotions, and success may be helping them get in touch with anger, so they can get motivated to action.  By not getting too attached to a specific outcome, I can stay present to what will best serve the situation, which may be getting really uncomfortable before getting comfortable again.

Try these ABC’s to Begin Again for Yourself…

A – Accept Reality:  whether you are in a new role, or just a new phase, change can feel uncomfortable.  Start by accepting that you are in a new phase and that feeling uncomfortable is what growth feels like.  If you fail in one moment, you can accept it without letting it drag you down, just like Randy.  Research shows that people who use self-compassion, and treat themselves with kindness in the face of mistakes and setbacks, were more likely to have a growth mindset, likely to fix past transgressions and motivated to improve.

B – Begin Again:  Once you accept what’s happening, you can start fresh.  Maybe you are dealing with the same issue that’s come up over and over again.  How might you handle this if you were experiencing it for the first time?  Maybe you didn’t perform as you hoped in that meeting or on that call.  OK, what can you do next? It’s never too late to begin again.

C – Convert Challenges into Gifts:  Just like my clients who entered new companies, any challenge can be converted into a gift.  Not knowing the lingo or all the history allows them to offer fresh ways to solve old problems.  Feeling overwhelmed could offer new opportunities to empower others or build new relationships.  With Randy, his inability to speak during his keynote and conquer the panel led to a bigger gift of creating impressed fans who want to collaborate with him.

Don’t be afraid to Start Over Again.  You may like your New Story Better.

When we begin again, we can…

Where can you begin again – and discover new possibilities?

Stephanie Klein is a keynote speaker, author, executive coach and certified teacher of the Search Inside Yourself (SIY), mindful based emotional intelligence program.  She is passionate about igniting leaders’ untapped potential to propel beyond functional to optimal in a complex, changing world. In 2020, Stephanie founded Mindfire Mastery to support overstressed professionals navigating change – helping them “fire up minds” to build mental strength and resilience, so they can shift from burnout to balance, igniting greater productivity, relationships and wellbeing.  She is the author of “Waking Up on the Right Side of Wrong”, to be published in 2022, about how challenging, disruptive experiences can transform our life trajectories in positive ways. To stay connected and learn more about how she can support you, contact Stephanie@mindfiremastery.com.

Receive periodic tips, trends and tools to navigate and thrive through change.